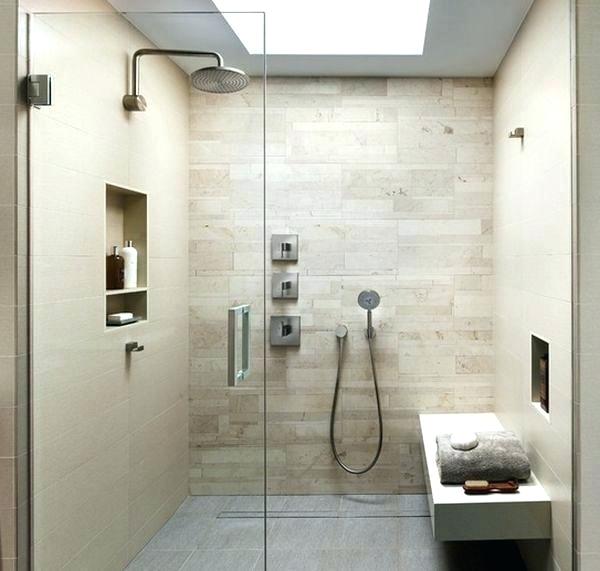 Quite honestly, the vast majority of people use stand alone showers. There are those few, mostly elderly, that still take baths. For some elderly getting in and out of those showers can be challenging. Either way, we want to consider the options to give our bathroom a new look by eliminating the bathtub and adding a shower. We want to give our shower a whole new look, something fresh and modern. For most of us, nothing is more relaxing than a hot shower, and it’s one of those investments that families will enjoy for many years. For some people, taking a bath has even been described as unsanitary. A bath can also use more water compared to a shower. For example, a shower, on average, uses 35 gallons of water; whereas a shower with a low flow showerhead uses 25 gallons.

You’re not alone when desiring a stand alone shower. In 2015 the American Institute of Architects completed a survey. In that survey, they asked homeowners if they preferred a shower with or without a tub. A resounding 65% preferred no bathtub, and in 2014 the number was 56%. It appears that not having a bathtub is becoming the trend.

Factor in Years Of Enjoyment From Your Stand Alone Shower

Like any upgrade or remodel, your decision needs to be thought out. Do you want to go without a bathtub completely? Real estate professionals recommend that you leave at least one tub in your home. Your final decision for a walk-in stand alone shower should come after you factor in the year’s use and enjoyment. Of course, another factor is cost, and that will depend on a variety of things, such as the quality of fixtures, faucets, shower fixtures, etc. Another question is labor. Will, you do-it-yourself or hire a contractor?

While you’re budgeting for your new shower, consider taking a few extra steps to improve on the remodel. For example, change out your pipes, especially if your home is forty years and older. Chances are, your bathtub has been there for many years, and it may prove to have some existing dry rot or other issues. Replacing it before your new shower goes in is critical. While most of us are on tight budgets, your new shower is a luxury, and you’ll enjoy the benefits for years to come. With that in mind, get the tiles and fixtures you want without nickel and diming it. Enhance it with a luxury shower head–––it’s easy to spend other people’s money.

At Big B’s Plumbing, We Have You Covered

Your next step is finding the professional to put it all together. At Big B’s Plumbing, we’ve been providing bathroom remodels for many years. We have hundreds of reviews across Google Business, Facebook, and Yelp. We also pride ourselves on an A+ rating with the Better Business Bureau. If you’re converting to a shower only bathroom, we got you covered!