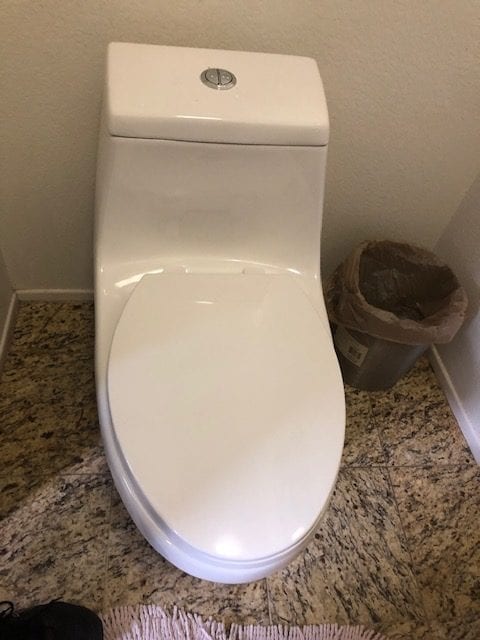 I would wake up in the middle of the night to use the bathroom, and occasionally, I would hear water running. I finally decided to take my own advice and test our toilets for water leaks. I used a couple of drops of food coloring in the tank and waited for a short time. Lo and behold, I not only had one leaky toilet, but I had two. One was just a shade of the food coloring while the other turned utterly dark. I could have changed the flapper and possibly some other parts; Instead, I  decided to replace the toilets altogether. They were as old as the house which is 22 years old.

You Can Install Your Own New Toilet

For those of you who are considering replacing yours and doing it yourself, I have three words for you, GO FOR IT!  It’s not hard to replace a toilet. They are heavy and somewhat awkward so it’s best to have two people install it. I installed the Glacier Bay one-piece dual flush toilet.  It uses 1.1 gallons a flush for liquids and 1.6 gallons for solids, so I’m looking forward to saving water. The installation went as smooth as expected and I had a little help with the heavy lifting. As we all know, toilets can last a lifetime that’s if you want to keep changing the part in them. Here’s a piece of advice. I think a toilet that’s twenty years old can be replaced.

What I discovered is that the subfloor had minor dry rot. Apparently, it had a small leak. When I removed it, the screws that held the toilet down were so rusted that they broke off. The most surprising thing was the massive mineral deposits that had built up in the drain. They covered almost half the drain pipe. I was able to lodge a towel down the drain and slowly chip away at the mineral deposits until they were gone. The installation went so smoothly, I’m going to replace the one downstairs. By the way, the toilet only cost $149, and my only regret is that I should have bought two. I also installed a new water shut off valve, also known as an angle stop valve. Additionally, I replaced the water supply line for another $18 bucks. 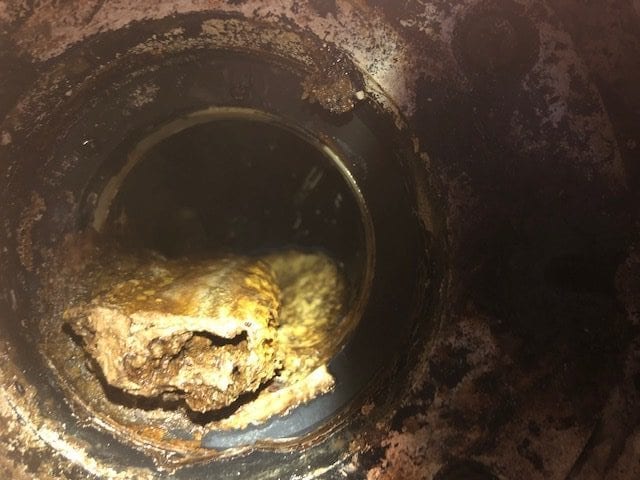 I Love My New Toilet

If you’re on the fence about installing a new toilet, no worries, your Big B’s Plumbing specialist has you covered. Some people want nothing to do with installing their own,  and that’s fine. I love my new toilet! If yours are over twenty years old, it’s time to replace them. You won’t regret it.