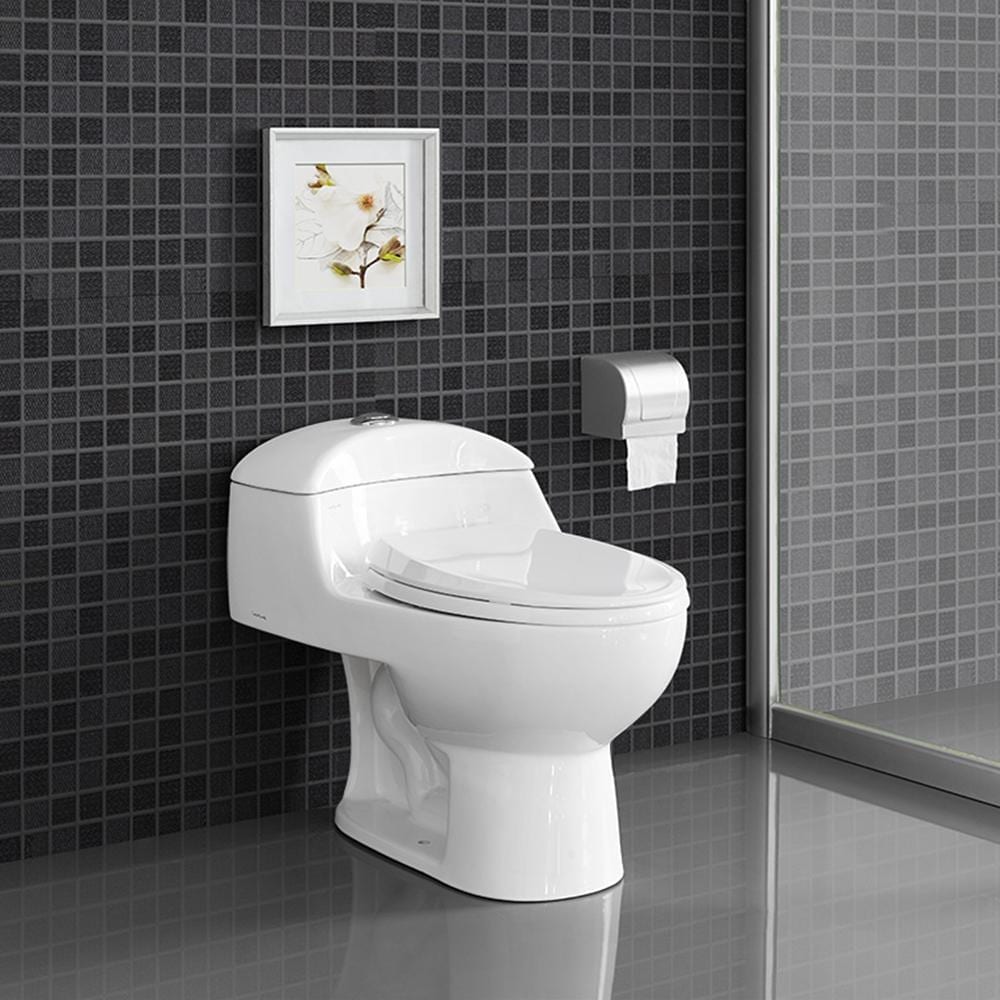 For those that want to find the cheapest toilet out in the market–––think again. Here is a sound word of advice, don’t go cheap when purchasing your toilet, set a budget between 180 dollars and 350 dollars. A toilet can last a lifetime, so the investment is relatively small compared to what you get in return. The only thing that may need changing every few years is the guts such as the float, flush valve, fill valve, and handle. Other than that it’s one fixture you’ll never have to worry about. Even high-quality, low flow toilets don’t have to cost an arm and a leg.

Buying a new toilet could be a wise financial choice, for example, if you purchased your toilet before 1980, chances are it uses 5 gallons per flush according to the Environmental Protection Agency (EPA). Toilets manufactured between 1980 and 1994 used an average of 3.5 gallons per flush. A WaterSense labeled toilet uses 1.28 gallons per flush or less. A family of four uses the following in water consumption due to flushing;

5-gallon per flush toilet uses 28,000 gallons of water per year

Estimates are based on four flushes per day per person with time away from home, taken into consideration. In one case, you can see the savings is as much as 21, 226 gallons of water per year.

Most States Adopted Their Own Laws Regarding New Toilets

The fact is most states adopted their own laws regarding low flow toilets. For example, during one of California’s worst droughts, they stipulated that only toilets that used 1.28 gallons of water or less could be sold in the state. Texas and Colorado, in turn, adopted their own standards very similar to California’s. Georgia required WaterSense labeled toilets on all new construction, renovations, and remodels. By comparison, Nevada, Connecticut, New York, and Washington state have all raised the bar by and emulated the 1.6-gallon federal standard.