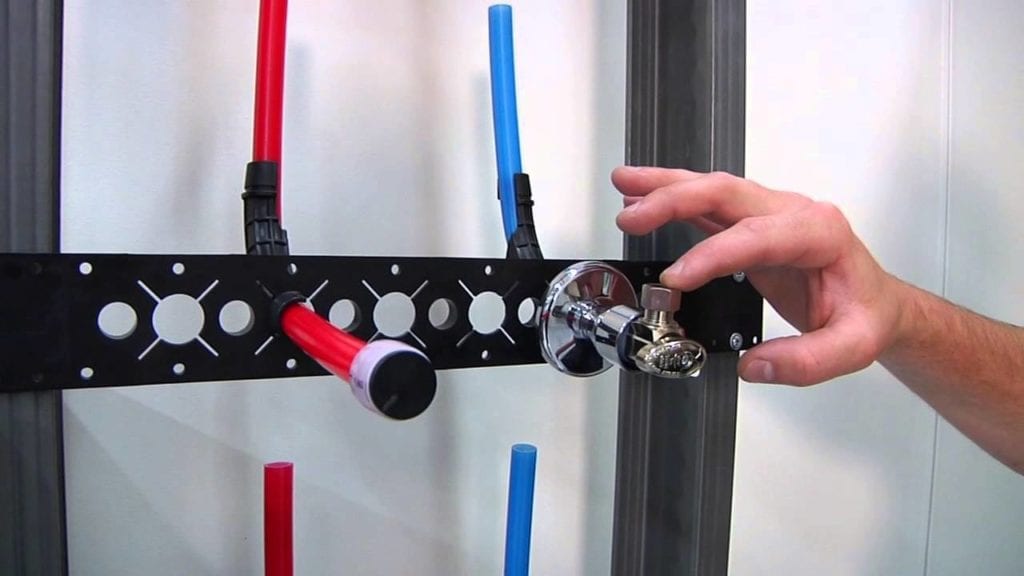 The pipes are making funny noises, and we’ve experienced a couple of pipe leaks. Our home, built-in 1965, is now approaching sixty years old. The writing is on the wall; our house needs repiping. This scenario is common in older homes. Most copper pipes last forty to sixty years, then they’ll start showing signs of age. Back in the sixties, we only had one choice, and that was copper. Before that, our homes were plumbed with steel galvanized pipes. It wasn’t until the early 1990s that cross-linked polyethylene piping (PEX) was developed for plumbing our homes. While the product had already been developed, it was predominantly being used in building pipework systems, hydronic radiant heating, and cooling systems. Then in 1993, Uponor launches AquaPEX® as an alternative to copper piping.

It wasn’t until the turn of the century that PEX tubing started picking up steam. Plumbing companies, as well as plumbers, started educating themselves on the product and installation techniques. Here we are nearly thirty years after its introduction into the residential market, and it has become most plumbing company’s first choice. Other than the product not being recyclable, there are little to no drawbacks. The product lasts as long as copper and is easier to install.

Additionally, it costs less. Even still there are those purists that would much rather have copper and of course, copper has been the mainstay pipe for the last 60 years. Make no mistake about it, PEX Tubing is quickly becoming the industry standard.

Here are some of the benefits of PEX tubing over copper:

Big B’s Plumbing Is A Leader In Home Repipes

With all the benefits that come with PEX, it’s hard to argue against it. At Big B’s Plumbing, we have PEX experts ready to meet the rigors of your new construction or home repipe. For those that still prefer copper piping, don’t hesitate to call, our copper pipe specialist can assist you. Our extensive experience, along with hundreds of top-notch reviews, has made us a leader in PEX home repipes. Call today and get the service and value you deserve.